We have public interaction via our exhibits. These exhibits take many forms and is one way we provide education to the public regarding the service of those in the military.

We provide displays and speaking engagements for veteran reunions, militaria shows, partner museums, schools and corporate events. Exhibits can be short term or run for many months. 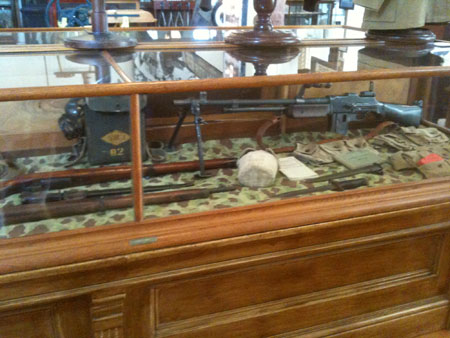 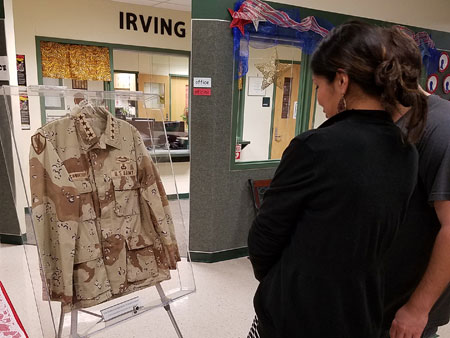 Association of the US Army - North Texas Chapter: [Event Pictures]

Veterans Day The Depot Minor League Ballpark: 2018 Veteran's Day event at The Depot ballpark in Cleburne Texas on the 100th Year Anniversary of the end of World War I. [Event Pictures]

Honoring Vietnam Veterans: 2018 Exhibit at the VFW in Alvarado honoring the service of Vietnam Veterans. US Representative, Roger Williams and Texas Rep. DeWayne Burns handed out certificates and pins to the Veterans. Sons of Liberty Museum Advisor, Vietnam Veteran and Green Beret Ron Fry was the Master of Ceremonies. Out of an expansive collection that includes over 1000 uniforms spanning WW1 to Present day, we chose 24 to represent a variety of units and commands of the Vietnam War. Patches, Magazines and other memorabilia rounded out this exhibit. [Event Pictures]

82nd Airborne Reunion - WW2: A reunion of members of the 82nd Airborne during WW2 including members who parachuted on D-Day. [Event Pictures]

Korean War Exhibit: Korean War Display: In partnership with the Ellis County Museum, There will be a uniform of every Infantry and Marine unit that was on the peninsula and much more.

Video and Exhibit at Irving Symphony